The cost of fun.

Apexians, I am calling upon you for help! You see, I’ve recently become fascinated with houseplants. So, today (as if she were bringing home a stray kitten) my girlfriend brought me this: 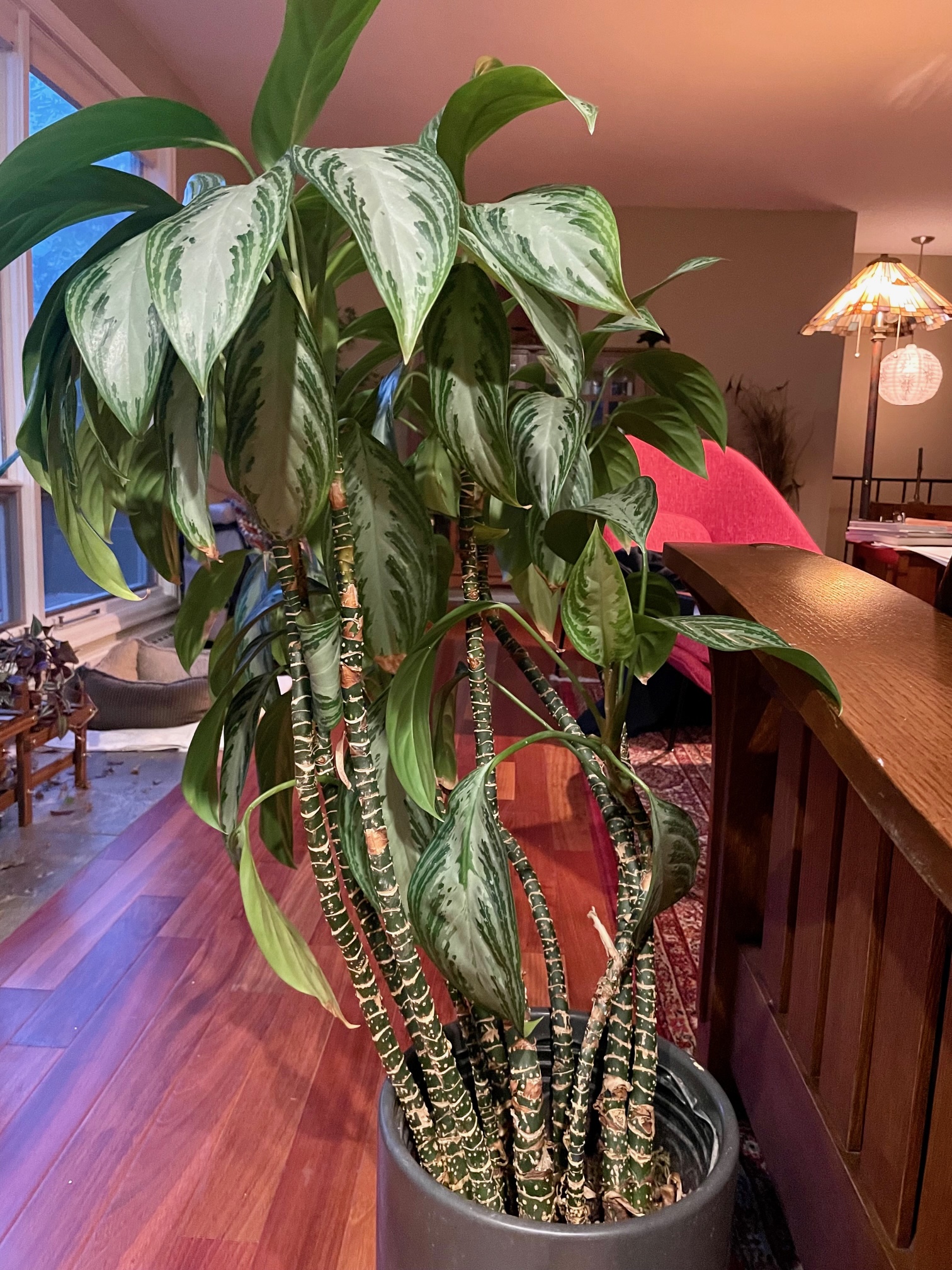 But what is it? We don’t know. Kim salvaged it from the dumpster of the dentist office where she works. It’s maybe three feet (a meter) tall, has sort of palm-like stems, and lovely long variegated leaves. Is it a dieffenbachia? Maybe. But some (including Kim) vote that it’s aglaonema.

Okay, enough with the mystery plants. Now let’s look at some stories about money, shall we?

The financial and emotional cost of fun. [Money Hungry] — “I’m a member of a number of closed Facebook groups in the personal finance space and I’m often struck by how infrequently people talk about intentionally adding fun into their lives. In all of the work talk why aren’t we also entitled to joy?”

Should we be worried about inflation? [Mr. Money Mustache] — “Inflation has been around since the dawn of money, so we know that it can co-exist with an increase in prosperity. But for the past few decades, the rate of inflation in most rich economies has been extremely low, which means it simply hasn’t been at the top of the news headlines. Until today, when inflation has made a sudden return…So should we be worried?”

Why are poor people poor and rich people rich? [Bitches Get Riches] — “Poor people aren’t just poor in dollars. They’re poor in time, because they’re obliged to sell so much of theirs to make ends meet. As such, poor people may have no choice but to export or defer these tasks. They won’t go to the doctor because the bill scares them, and they die earlier because of it. They eat junk food because it’s either the only food they can access, or possibly the only luxury they can afford. Poverty is a cycle that creates the illusion of laziness.” [Here’s my long response to this article.]

Today’s video feature is actually about money, for once. It’s a 19-minute video from the Economics Explained channel on YouTube that attempts to answer the question: Do we actually need taxes?

And that’s it for today! If you have any thoughts on my mystery plant, let me know. Comments are open. (Or you can reply by email.) Otherwise, come back tomorrow for more!