The subscription economy (and the changing face of shopping)

“Why I cancelled my Amazon Prime account.” [Quartz] — “I used my accidental Prime to watch some Amazon TV shows…and to make the occasional online order. I decided that wasn’t enough to justify the subscription. Around January, with three months remaining in my subscription, I tried to cancel my Prime account. Amazon sounded the alarm.” 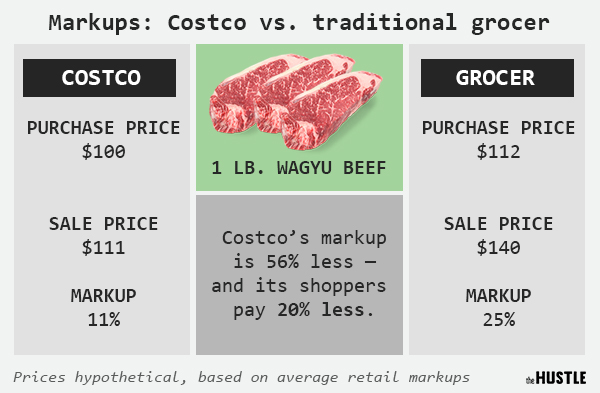 How Costco gained a cult following by breaking every rule of retail. [The Hustle] — “Costco’s prices are so low that it barely breaks even on its merchandise sales. And despite pressure from investors over the years, it has refused to boost its markup…So, how does Costco make its money?”

The man who’s going to save your neighborhood grocery store. [Longreads] — “The approach Kelley’s suggesting still means completely overhauling everything, with no guarantee of success. It’s a strategy that’s decidedly low-tech, though it’s no less radical. It’s more about people than new platforms. It means making grocery shopping more like going to the movies.” [This is a l-o-n-g article, but it’s fascinating.]

The subscription economy: They see it, they like it, they want it, they rent it. [The New York Times, so possible paywall] — “Many young American urbanites have resigned themselves to a life of non-ownership, abandoning the dream of their parents and grandparents and great-grandparents before them, often out of financial necessity. But renting isn’t just a matter of necessity these days. It’s become almost posh.”

Should we splurge? Hell yes! [His and Her FI] — “Psychologists agree that retail therapy is a thing. In fact, when we buy something we can get a high from it. It is a short cut to the pleasure center of the brain. Splurging acts as a charge for the brain…It is good to engage in behavior like this OCCASIONALLY and with intention.”

Got something you think your fellow nerds might like? Send it in! Help spread the top money stories on the web here at Apex Money.

Comments are closed, but trackbacks and pingbacks are open.