Is $1 million enough to retire in America?

Welcome to Thursday, money bosses, and welcome to another edition of Apex Money. Today, as every weekday, we’ve gathered some interesting recent money stories to share with you.

Is $1 million enough to retire in the U.S.? [Visual Capitalist] — “The average American needs their retirement savings to last them 14 to 17 years. With this in mind, is $1 million in savings enough for the average retiree? Ultimately, it depends on where you live, since the average cost of living varies across the country.” 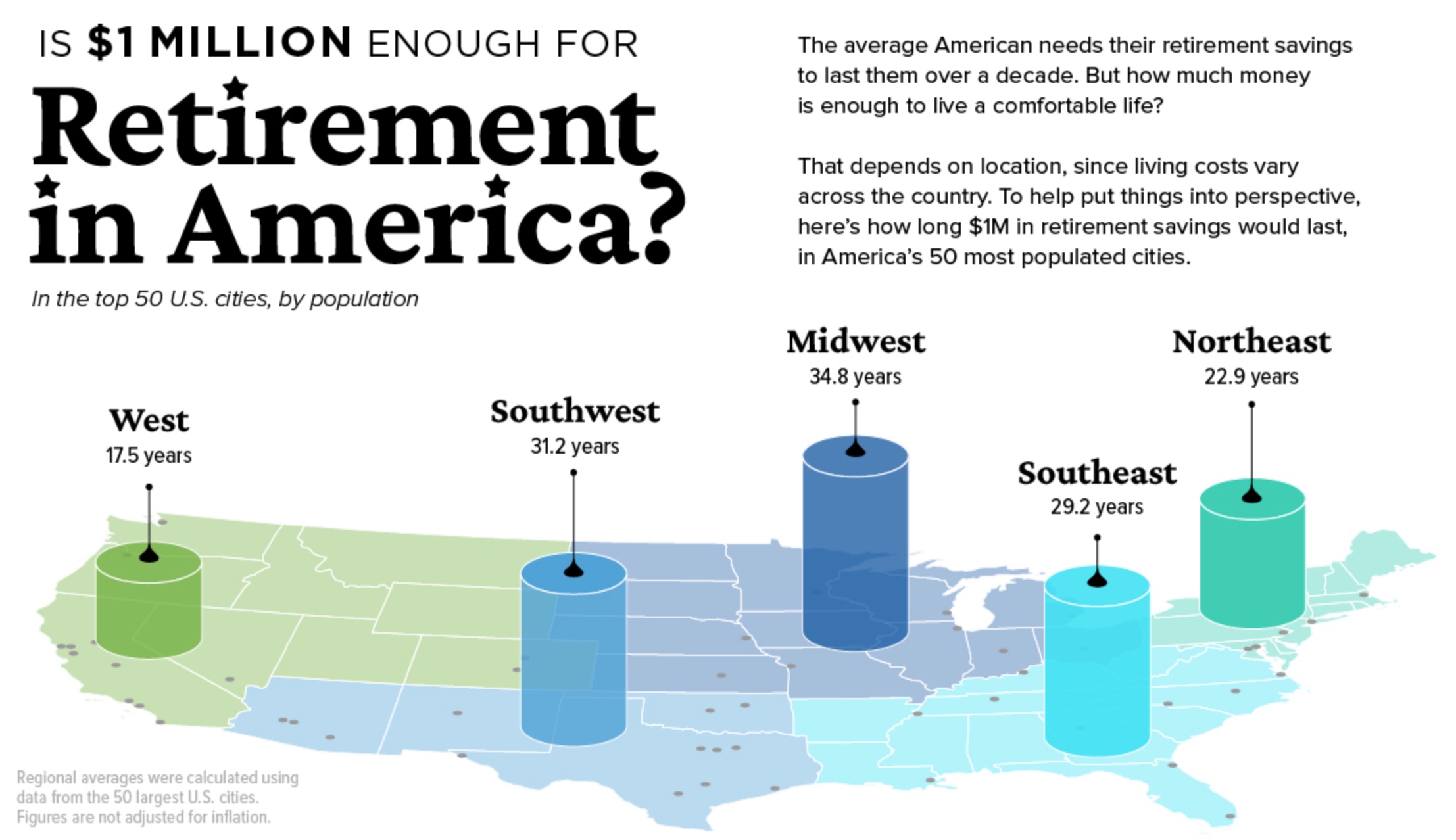 Amazon rigged search results to promote its own brands. [Reuters] — “Thousands of pages of internal Amazon documents examined by Reuters – including emails, strategy papers and business plans – show the company ran a systematic campaign of creating knockoffs and manipulating search results to boost its own product lines in India, one of the company’s largest growth markets.”

Here’s the thing. I have a lot to say about this and related subjects. In fact, for the past year I’ve been working on a mammoth article about just how much I hate the modern web precisely because companies pull stunts like this. It pisses me off. (And if you think Amazon is doing this only in India, I have a bridge to sell you.)

It’s not just big companies that do this either. I’d say that 90%+ of websites doctor their articles and search results based on what makes them the most money. Some folks have no problem with this. I do. When I find a list of “top savings accounts”, I want to believe that list includes actual top savings accounts. Yet, because I know how the sausage is made, I realize those lists rarely feature the best choices. They feature the choices that pay.

Do I sound cynical? Maybe so. But, as I say, I’ve been thinking about this (and writing about it) for months, and it makes me both sad and angry.

Come back tomorrow, won’t you? I promise I will be neither sad nor angry, but that I’ll have a last handful of money stories to send you into the weekend…