Cost of Living in the 1950’s as Compared to Today in 2013 [Yes I Am Cheap] – “The 1950s were a time of great prosperity and economic growth in the United States. Today, looking at the decade objectively, we realize it wasn’t quite the post-war utopia portrayed in the media of the day or the nostalgic recreations since. Nonetheless, many look back fondly on what they view as a simpler time. One thing a lot of folks envy from that time is the cost of living. Everything in 2011 seems so much more expensive. Of course, no one in today’s world expects to pay 18 cents for a gallon of gas, $25 for a man’s suit, or $1,500 for a brand new car[1]. Still, paychecks just don’t seem to go as far now as they did then. Or do they?”

40 lessons from Invest Like the Best Podcast [Twitter thread] – A lot of gems in this but my favorite was this one: 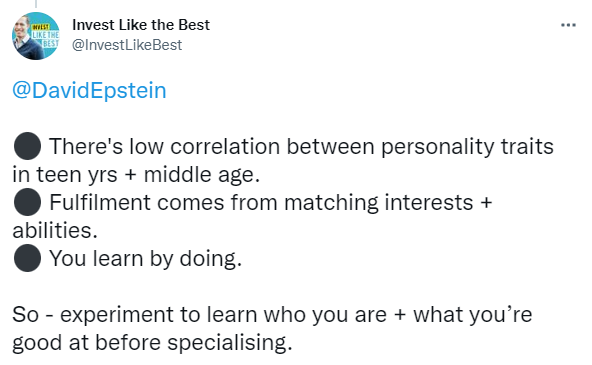